Sebastian Burdon is a pop artist and product designer best recognised for his unorthodox approach to breaking common conventions of modern design. The aim of his art is to express what cannot be expressed with words. He encourages the viewer to look at the surrounding world and question it in a derisive, unorthodox way.

He first started making digital art at the age of seven while using the Atari 130 XE. After moving to London in 2006, he worked as an assistant and consultant to established British artists. Burdon now creates artworks using both digital and traditional techniques; mediums such as resin and fibreglass for his sculptural work, silkscreen prints and more unconventional materials such as 3D printing. Burdon has explored various branches of the creative industry, having been heavily involved in contemporary and pop art by participating in projects displayed in London, New York, Verona and Berlin.

His alias “Whatshisname” is inspired by the Green Day’s song Whatshername. 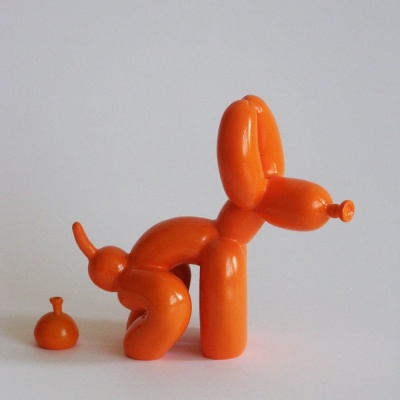