The satirical and ironic work of Stikki Peaches has been seen in the urban areas of Paris, New York, Toronto, Los Angeles, Berlin, Stockholm and London. Gracing international public spaces with his pop-culture referenced street art, Stikki Peaches continues adding to his ongoing street tapestry in his hometown of Montreal, Canada.

His style is rooted in a spirit of reusing and recycling, where a myriad of techniques are combined to reveal the influential figures of his childhood and of our current cultural phenomenons. His vibrant works are compositions of icons, political leaders, and mythical characters melded with punk symbols and tattoo styles, creating a startling juxtaposition of themes and aesthetics.

Stikki Peaches sees art as an escape; an outlet that allows him to move away from what hinders his growth and expands his potential as both an artist and a person. From his early beginnings over a decade ago, his “What If Art Ruled The World?” tagline had every passer-by engaged in thought, while enjoying the embodiment and amalgamation of his unique and nostalgia-laced street art.

“What if Art Ruled the World?” fits his scope as an artist as his pieces are placed in many blue chip collections and featured in exhibitions around the world. This question echoes the artist’s stance, suggesting that conflicts and disasters affecting our society would have no basis if the world were governed by artistic expression and appreciation. The artist invites the viewer to contemplate this effect and the importance of his belief. His unique way of engaging various formal techniques on canvas, without a doubt, add to the caché and desirability of his pieces. 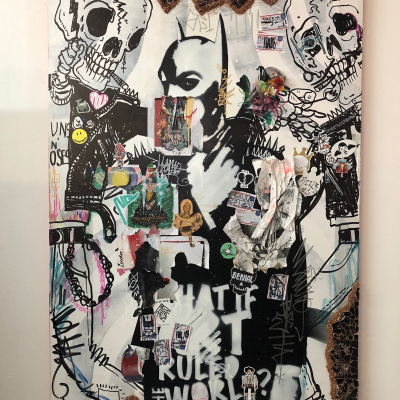 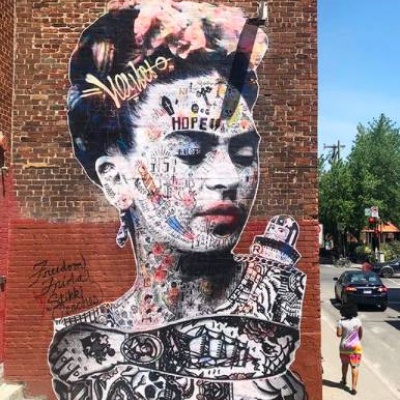