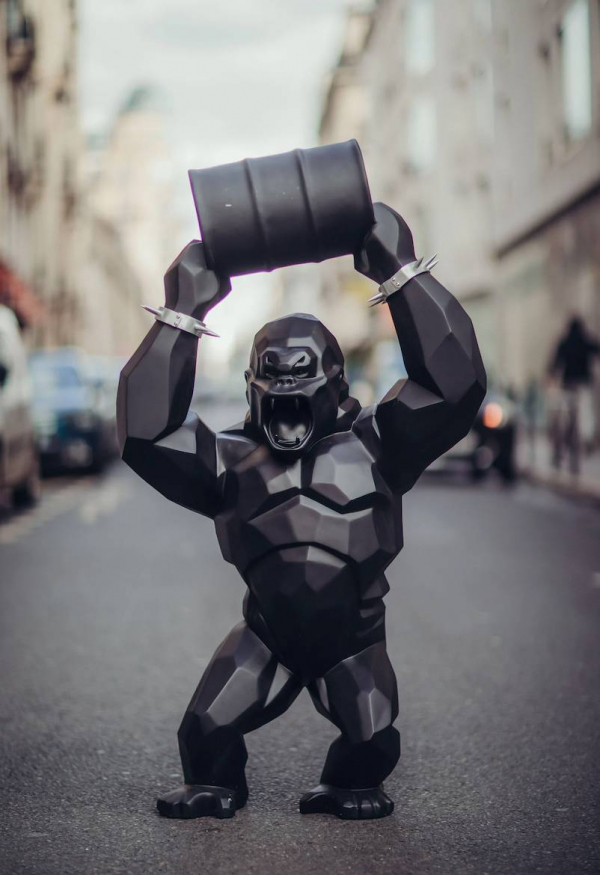 Wild Kong is a signature Richard Orlinski piece. It declares itself invincible with its open mouth and fearsome teeth as it beats its chest with mighty fists. But the ferocious beast is also capable of tenderness, an allegory for the perfect man according to the artist. The piece sees the sculptor draw inspiration from an iconic film character : King Kong. Which is the most savage, man and beast? Richard Orlinski questions mankind and its innate animal nature. 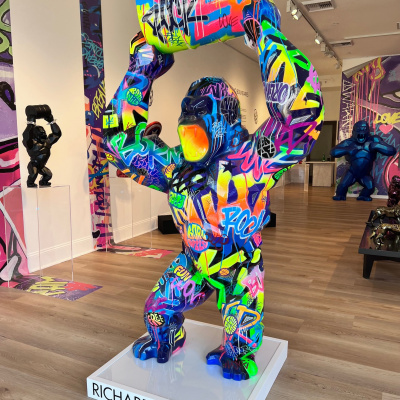 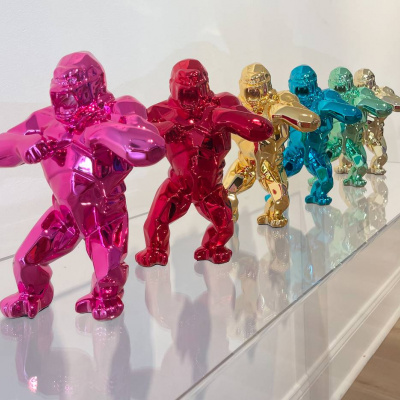 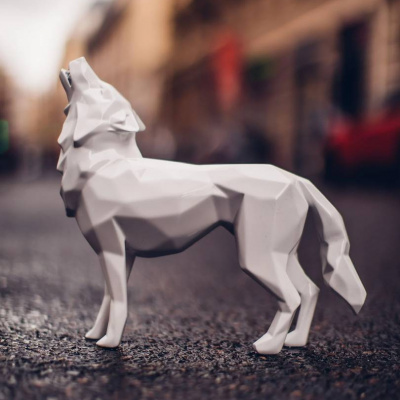 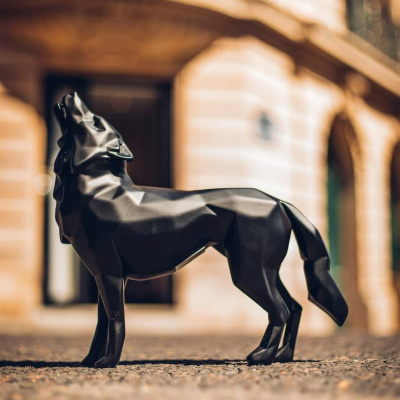 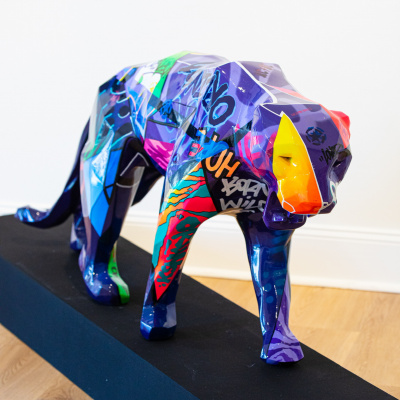 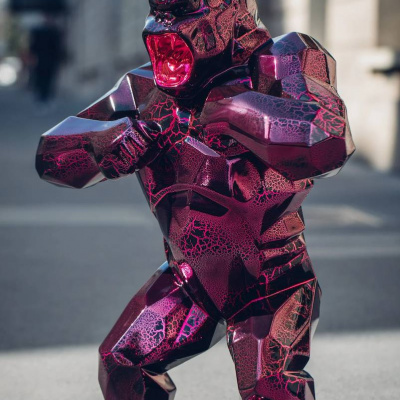 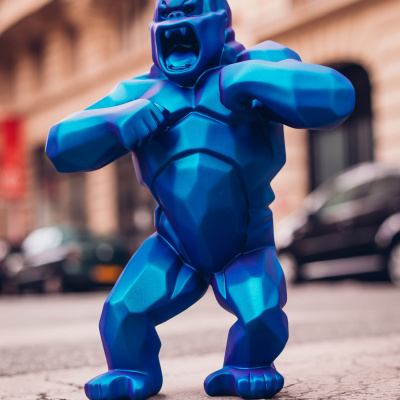 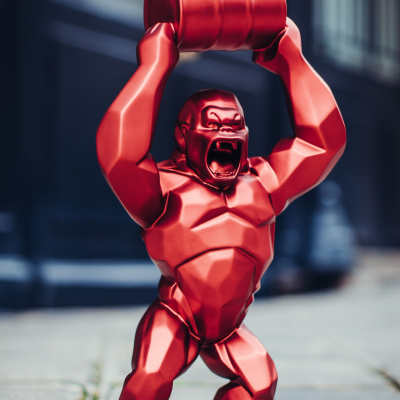 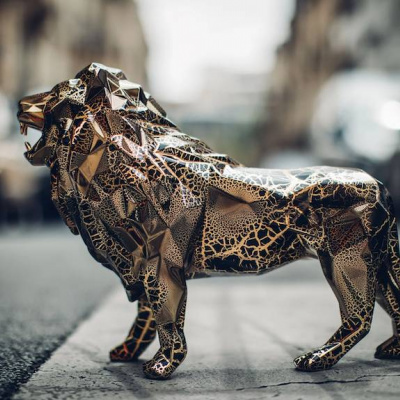 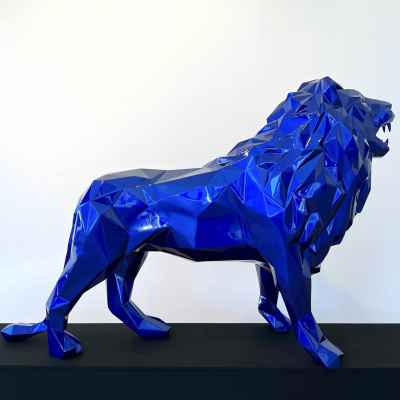 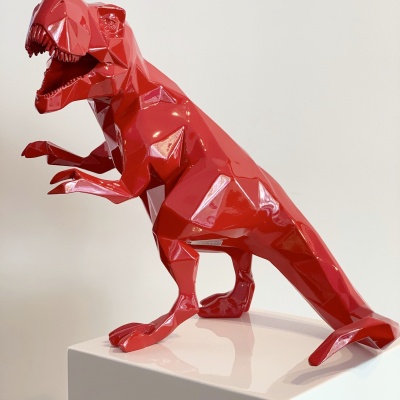 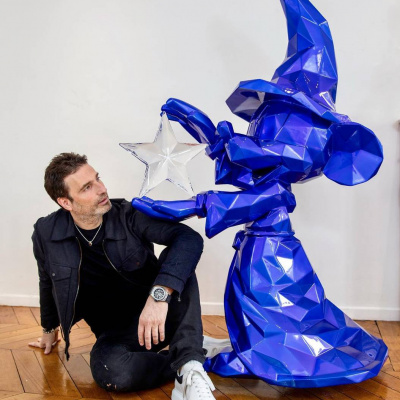