Rich Simmons is a Contemporary Urban Pop Artist from London who has exhibited all over the world. Raising to fame with an iconic piece of street art of Will and Kate before the royal wedding, Rich has gone on to exhibit around the world. As a self taught artist, Rich has taken his love of different genres of art, from street art, pop art and comic books to pioneer a new fusion style which draws on all of his inspirations.

The use of his bold colour palette, hand drawn and hand cut stencils and reclaimed billboards that have been pulled down from the streets are proving Rich is both an innovator and highly collectable artist. Fans and collectors include Royalty, Celebrities, Musicians and is collected and exhibited as far as Los Angeles, London, New York, LA, Seoul, Singapore, Baku, Paris, Toronto, Geneva and Miami.

“The art itself could very well be described as a successful fusion. His representations of familiar figures, both real and fictional, allow Simmons to construct narratives, sometimes in only a single frame. What Rich Simmons produces is definitely art, from the street to the gallery enthusiasts of all stripes respond to his work. Simmons is proving that passion, dedication and a wide variety of influences can create engaging cross-cultural art.” Decompoz magazine

“Rich Simmons is part of a new wave of street artists emerging from the UK. As a self-taught artist, he uses an intricately detailed stencil style to convey his irreverent sense of humour.” 1884 magazine

“His style and aesthetic are truly impressive. Stencil street art beyond the stencil and the street. Watch out for this dude…” Mark Hoppus, Blink-182 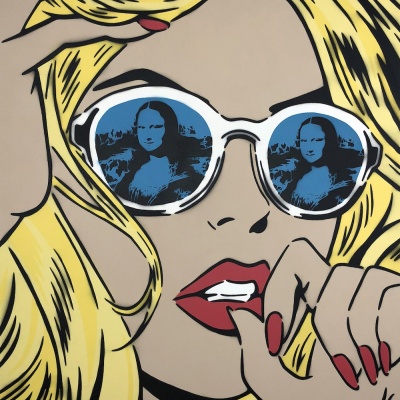 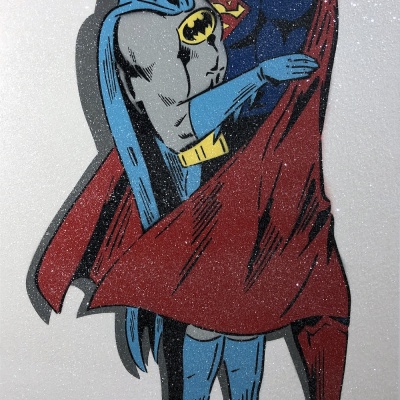 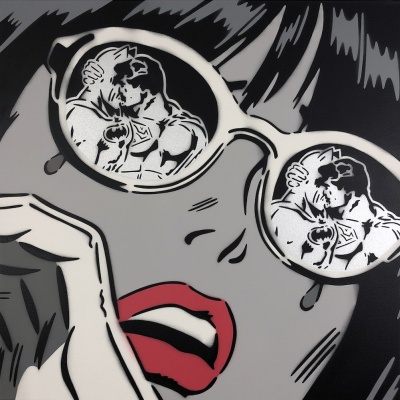 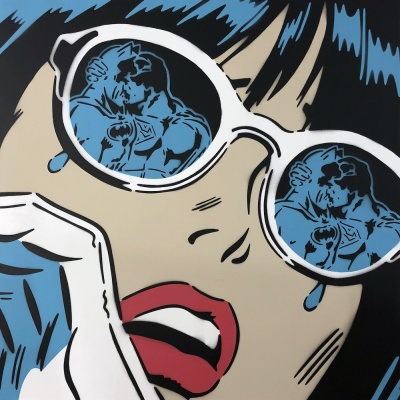 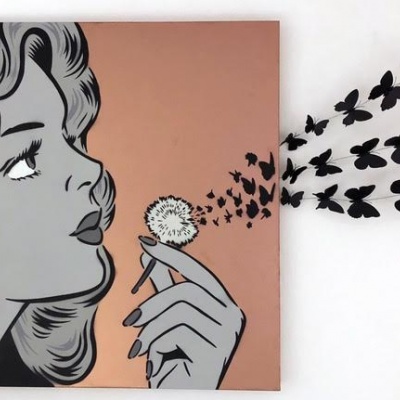 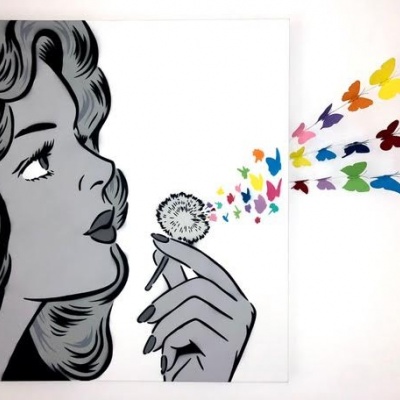