Linguistic fascination and deep roots in Los Angeles form the soul of RETNA’s work. Using an eclectic range of media and complex layering, the artist defies labels and even street art traditions to create his own unique visual language.

Every piece, whether canvas, mural, or scarf, is comprised of urban poetics written in his own personal alphabet. The innovation has made him one of the most praised calligraphers and wealthiest street artists of our time.

While parts of his story are typical of street artists, like choosing a pseudonym from Wu Tang Clan lyrics (‘Kinetic globes light will then shine, burns your retina’), other aspects of his style and journey are a departure from those roots and traditions. RETNA’s influences go far beyond his contemporaries and surroundings, stretching to etymological and historical roots, “I had a fascination for cultures that had passed, that had informed the future and for who we are as people. I was always intrigued by that kind of work.”.

His cultural presence also goes beyond even the most successful street artist collaborations. In recent years he has worked with the artistic director at San Francisco Opera and was even put forward as part of the LA pitch to host the Olympic Games in 2024. The language of fictional country, Wakanda, was even inspired by RETNA’s script. His ever-growing list of collaborations includes Louis Vuitton, Nike, and Chanel, as his work is increasingly sought-after on both sides of the Atlantic. 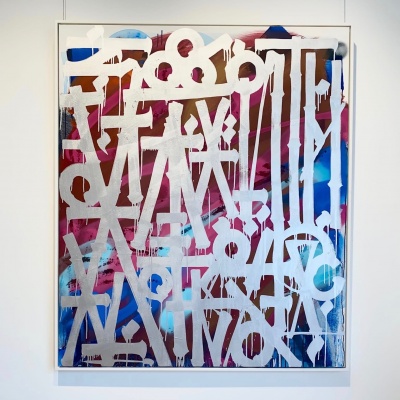 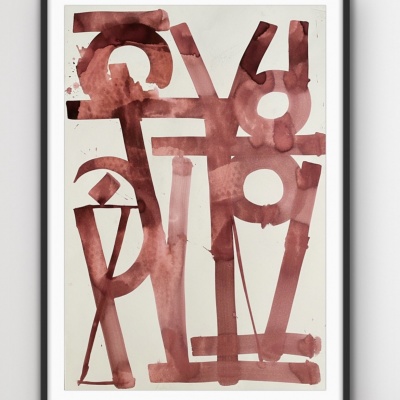