The works of Mike Dargas elude a clear temporal distinction. Even if the representations can stand as indications of a contemporary Western zeitgeist, the images lose their temporal determinability through their static transience and acquire an essence of infinity.

Above all, his most recent paintings impress with their oversized and hyper-realistic representation of people. The artist plays with the effect on the observer right from the beginning. Although the works appear to be photographs from a distance, on closer observation the large scale of the portrait establishes the macroscopically precise observation of the artist and his masterly intercourse with colour shading and colour shift rich with nuances, that sharpen the view of the picturesque.

Mike Dargas, born in Cologne in 1983, stood out as early as his childhood years with his talent for drawing. Through his mother, the young schoolboy discovered the works of Salvador Dali, Caravaggio and HR Giger, who acted as an influential example for him as he moved towards adolescence. He attracted the keenest interest at only eleven years old, when he painted the cathedral square in Cologne with adaptations of master works in pastel and chalk. Besides painting, the many and varied techniques of which he made his own through independent study and the adult class of a school sponsored by the arts, he also began to develop an interest in three-dimensional art. During his training as a carpenter, he created sculptures from wood and metal. But his passion continued with painting, to which he turned with an intense focus in his mid-twenties, mainly through his work as a tattooist. With his particularly refined portraits in the style of the old masters, Mike Dargas won numerous awards and distinctions on the tattoo scene and attracted attention worldwide, above all due to the rapid distribution of his works through social media. He used social media to eagerly share his enthusiasm for perfecting painting techniques and high art in the trompe-l’œil style. 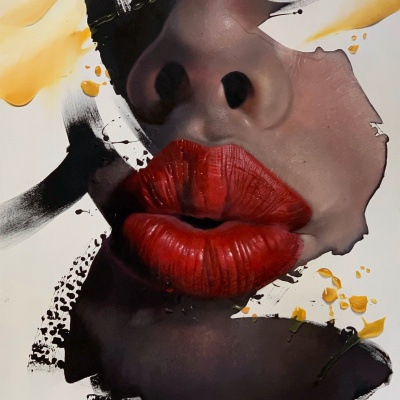 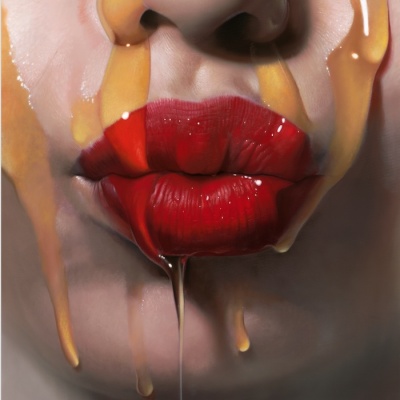