The story of a talent started after the fall of the Berlin Wall. Through his striking symbolism Michael Moebius gives a new dimension to popular cultural icons, adding brightly colored gum bubbles to monochrome portraits and creating a new way of communicating emotions.

Michael Moebius came into the world in 1968, in Germany. Having developed a love for art at an early age, cartooning became his first passion. However, in the then-communist East Germany, more pragmatic pursuits were the order of the day. Art would have to be put on the back burner while a formal education was pursued, and Michael decided on a career in engineering and construction. It was during a stint working in a parallel field of architectural illustration that Michael happened upon a book featuring the pin-ups of Alberto Vargas. A new love affair took root, and Michael decided that figurative art would be his life’s work.

He started studying painting at the academy of arts in Dresden, and in 1998 he got a big breakthrough. It was at this time, after the fall of the Berlin Wall, that Michel was able to make his way to the United States. His talent as a painter and photographer was readily apparent, and he quickly became a sought-after favorite of collectors. Michael has already been part of major exhibitions throughout the US. His collector base and publishers include Playboy, Procter & Gamble, Laura Biagiotti, Vogue, Vanity Fair, Superyacht Digest, and other well-known companies.

Michael Moebius shows a huge talent when it comes to turning pop art and popular culture on its head. Today, Moebius has become one of the most recognized and in-demand contemporary artists in the world. His now famous bubble gum portraits have become a favorite among interior designers and investors the world over thanks to their striking symbolism.

Unlike his gum bubbles, the artist’s value continues to expand and shows no sign of bursting. Moebius’ commercial abilities and partnerships with some of the world’s most popular names means that he is a serious name in the art investment world.

Most famously, Michael Moebius gives a new dimension to popular cultural icons, adding brightly colored gum bubbles to monochrome portraits. Marilyn Monroe, Audrey Hepburn and Her Majesty Queen Elizabeth have all been re-imagined in this style, up to his latest work (“All you need is gum”) where he depicts the four Beatles all with signature gum bubbles.

In terms of artistic influences, Moebius cites inspiration from Italian Renaissance artist Titian and the genius baroque Caravaggio, as well as more contemporary names such as Andy Warhol, Pablo Picasso and Alberto Vargas.

His novel portrayal of much-featured subjects make Moebius’ bubblegum works of an art investment favorite. His art also acts as a window into his personality and creative vision.

What’s most interesting is the contrast between the communist ideals which influenced the artist (Michael was born in 1968 when Germany was still divided in two by the Berlin Wall) and the western values and popular culture.

Moebius became aware of cultural differences between his home and the rest of the world, and this incongruity plays a significant role in his art today.

“Almost all of the items which we received from the west part of the world such as magazines, toys, soda cans were forbidden in east Berlin. As a child and growing up I would dearly hold onto the then-forbidden items… these really influenced me with their colors, designs and scents.

The more Michael Moebius was pushed to conform with communist ideals, the more he became enamored with western popular culture, and the more he was driven to create. After his conscription in the East German army, and then the fall of the Berlin Wall, he travelled to the US to dedicate his life entirely to art. 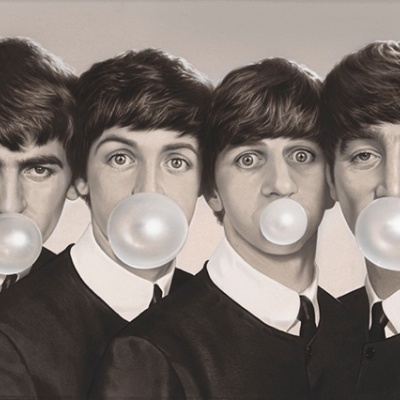 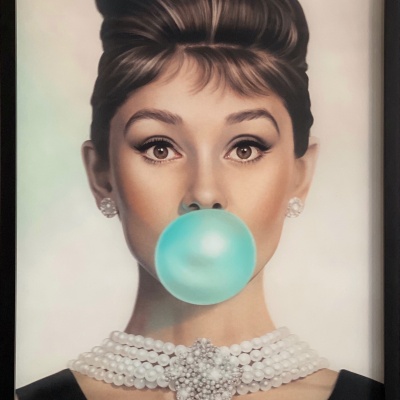 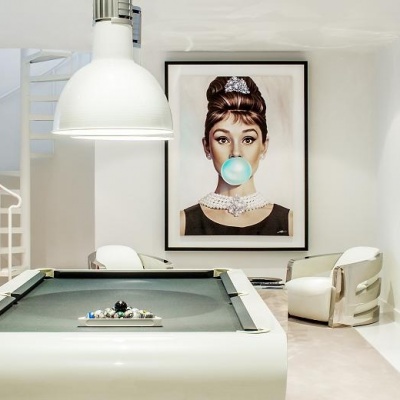