The Palette Of Life

Along a wall of this warehouse is a 20-foot long shelf stocked with an endless supply of aerosols meticulously coded by color and tone. In the corner, a spray plate sits stacked under a pile of hardened acrylic gloop--the culmination of tens of thousands of test sprays--at this moment drying into a sharp reflective chrome. There’s an atmosphere of orderliness in this studio: large paintings neatly slid into racks, the floor cleanly swept, not a single tool out of its box, not a single box unbuckled. It’s not what one imagines to be the typical artist’s habitat; there’s a forceful order to what happens here, the spirit of its host approaching something more of Henry Ford than Jean-Michel.

It was in this spirit, channeling great industrialists, the Greeks, the builders of civilization, that I saw Michael Callas peering out at the Los Angeles skyline as if it was his to build upon. And when you look at the 10-foot-tall painting of the artist sitting in a glasshouse perched cliff-side in the Hollywood Hills overlooking all of Southern California, you’ll see it too.

It’s the type of attitude you get from an artist who doesn’t regard the edge of the canvas as the limit of his pursuit. For Callas, all of Southern California and the world for that matter is fair game for the imagination to play out its visions.

Edition Each work is unique 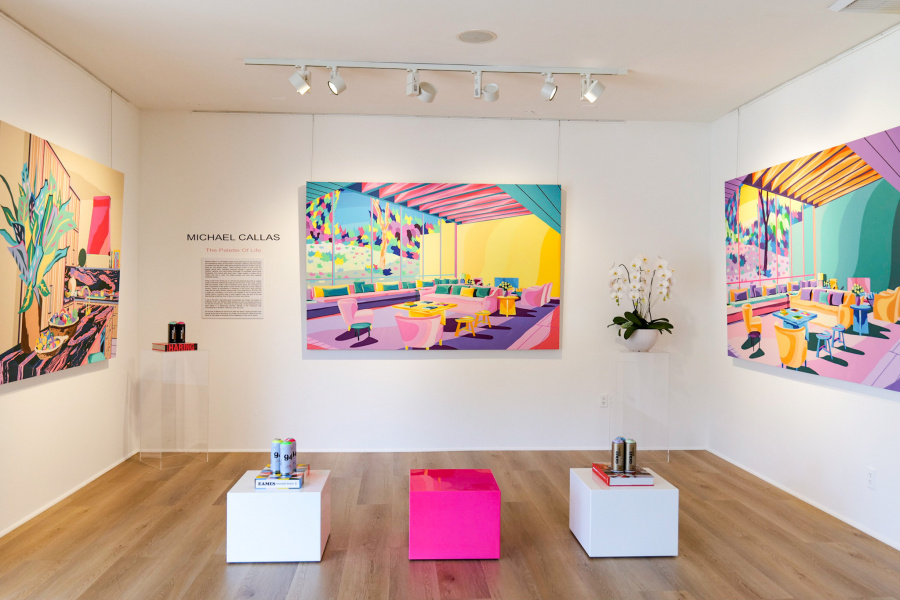