Madsteez is a multifaceted artist and designer known for his energetic colorful multilayered paintings, murals and illustrations marked with strange creatures often depicted within abstract landscapes. Madsteez is almost blind to one eye being capable of seeing only whirlpools of paint. His other eye, however, works just fine and he has an array of precise meticulous artworks to prove that.

Madsteez’s eclectic personality breaths through each colorful piece he masters. He works incredibly fast yet he manages to create an array of schemes and details that have become the trademark of his unusual and entertaining world. By combining, the best street art and advertising have to offer Madsteez has created many collaborative items and apparel in collaboration with some of the biggest companies in the world. In 2006 he collaborated with a mobile phone company Boost mobile and created limited edition artworks on Boost mobile phone cases thus giving his fans the opportunity to enjoy and own his pieces for the fraction of the price of the gallery artwork. Three years later he joined forces with another famous company Nike and created a series of custom made shoes humorously named Stinkween.

This was only the beginning of his collaboration with Nike as he was commissioned by the same brand to produce a large scale mural on the top of Montalban theater in Hollywood. The football inspired mural was done to honor FIFA World cup held in 2010. 2010 was a great time for the art-maker as he was commissioned by the BMW to create a unique art car by transferring his magic to the BMW/MINI cup, later entitled MINIWEEN. In 2011 he began to work on The Many Faces of Dennis HopperWeen a painting inspired by the Dennis Hopper’s exhibition in Ace Gallery in Los Angeles. 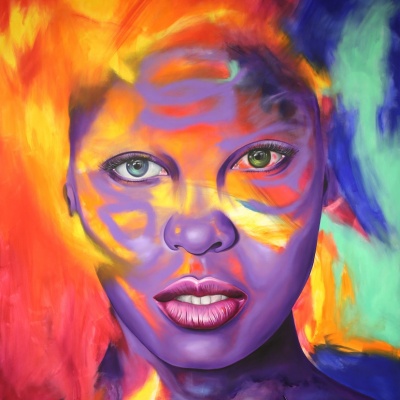 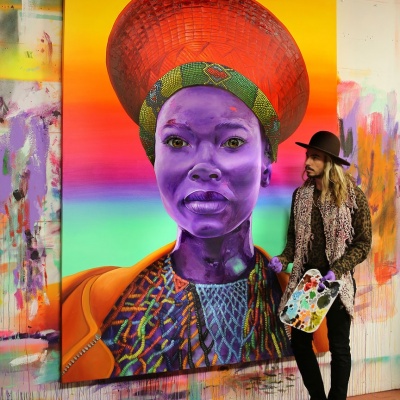 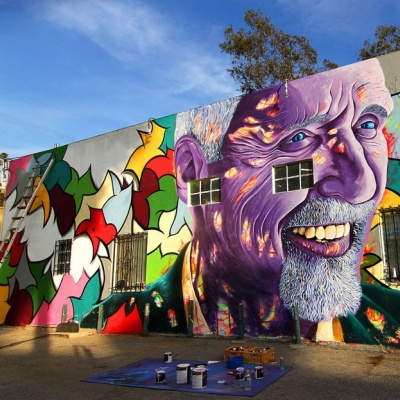