Jenny Boot (The Netherlands, 1969) started her artistic career as a painter, but soon realised photography was an even more precise medium to express her feelings, a language that gave her more control in translating her vision into images.

Let her take you through a journey into the depths her mind: fasten your seatbelt and bring a flashlight, because it will be a bumpy ride. You will be seduced, amazed, provoked and there’s a chance you will never want to go back to the dullness of reality…

Light is an important aspect of Jenny’s work. According to the artist, even though a photo, an idea, or a model can be beautiful, light is what makes or breaks a photograph. It is through the use of light that she is able to capture her models in painterly images.

Jenny photographs women who, through their corporeality, express powerful or sensual personalities. The girls in her photos are women of the world that look you straight into the eyes and try to seduce you. These kick-ass women are not afraid to expose themselves. Jenny’s muses have this particular power of daring to be vulnerable.

2018 Nominated for The Rise Art Prize artist of the year 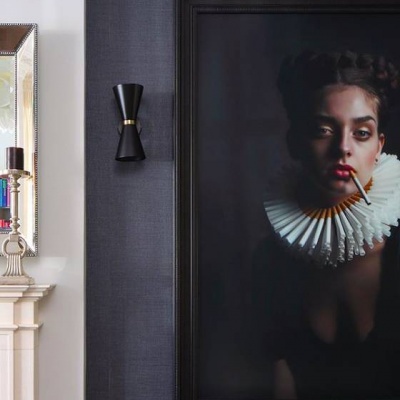