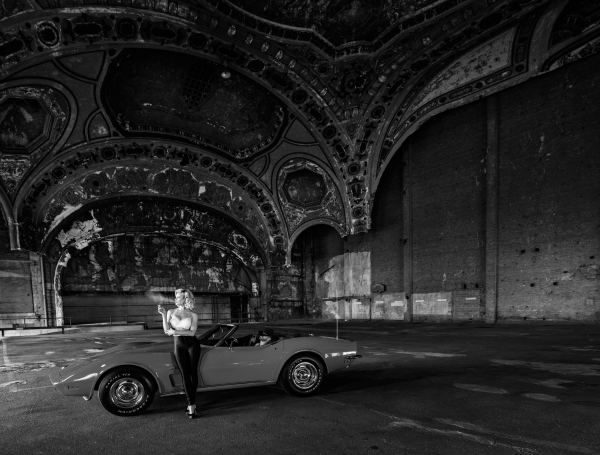 "Curtis Hanson’s film “8 mile” may have been made back in 2002, but it still remains the “Rap Movie” masterpiece. Eminem won an Academy Award for best original song with “lose yourself” and the film brought both him and Detroit’s gang culture global awareness.

As many will remember, there is a pivotal scene in the film that is shot in the abandoned Michigan Theatre. This was a jewel in Detroit’s crown in the glory years and every night 2000 people would cram into the classically designed theatre and no doubt look up to the elaborately decorated ceiling. Much of the ceiling remains, though as accurately depicted in 8 mile, the theatre is now a car park.

I always have wanted to work in this space and one day in late August we secured permission to close the car park off to all others. The light was important for this shoot – I needed enough to get some depth of field and detail in the ceiling.

Gia Genevieve played her role with great swagger and we came away with an image that simply asks questions. Whatever the story, be it sex or drugs, there is something illicit about to happen. The answer is a personal choice for us all." - David Yarrow 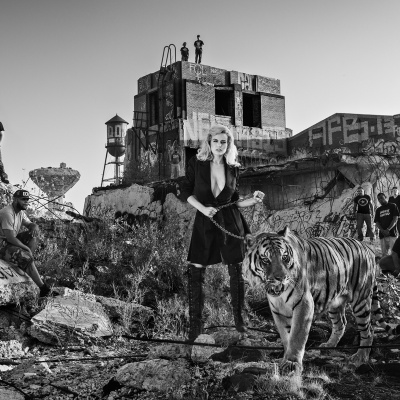 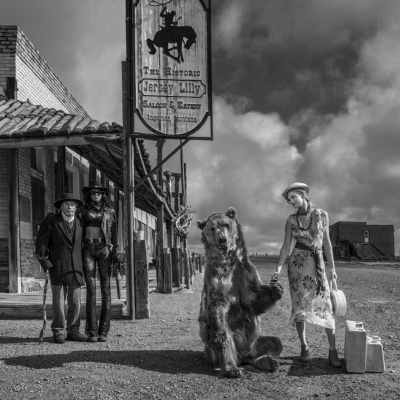 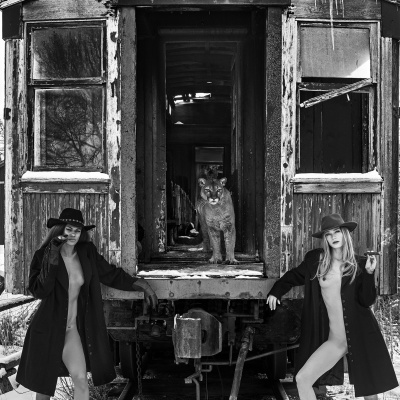 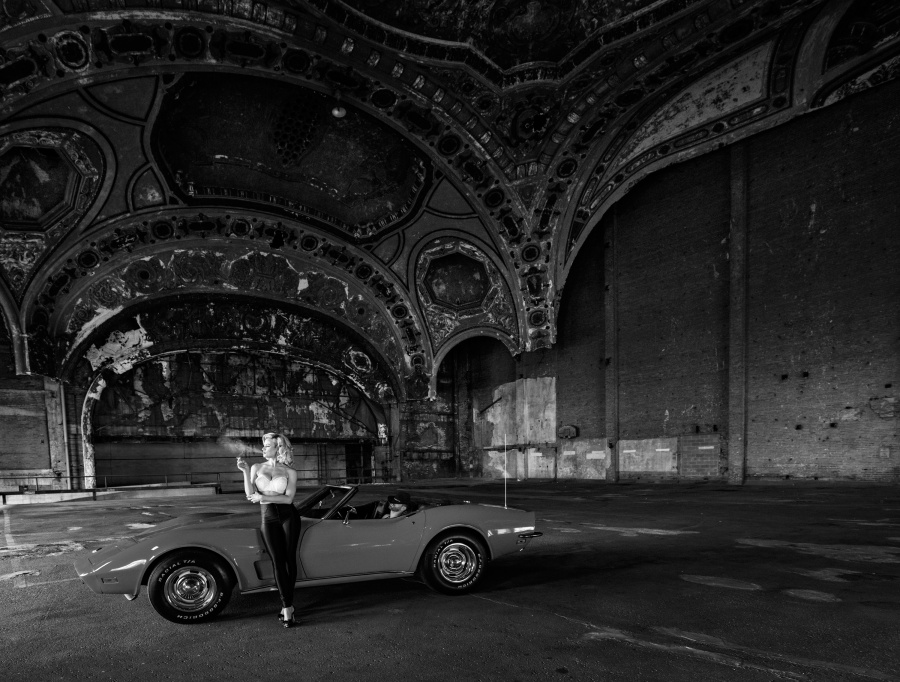