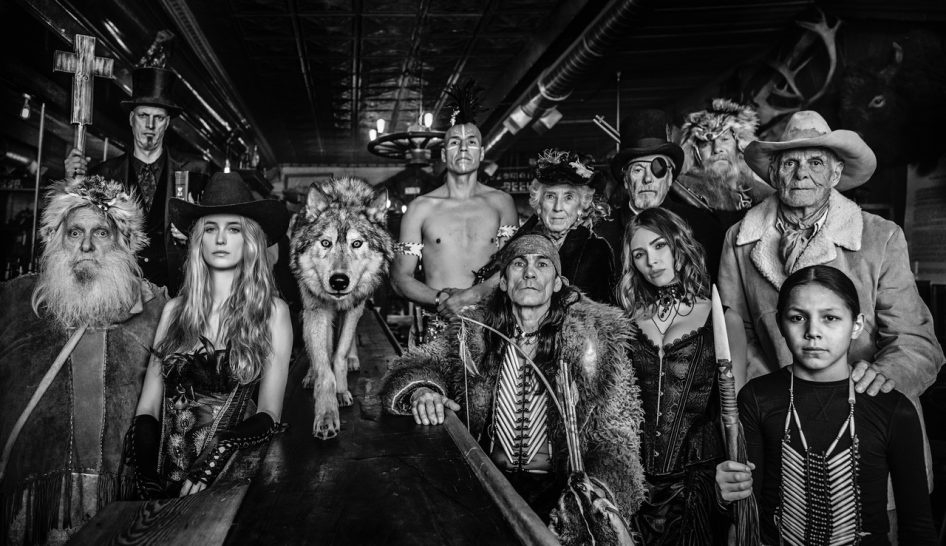 "To return to the Pioneer Bar in Virginia City, Montana is to return to my comfort zone and I feel an obligation to arrive with creative courage. We must push boundaries and not be lame in our conceptual processing. We have a free run here in the winter, when only 60 people live here and the Mayor only recently gave me the symbolic key to the city.

The group shots that I have photographed around the window end of the long bar have been well received and are difficult to top, especially as the last one included Cindy Crawford.

My premise this time was to markedly up the number of people in the picture (the most we had used before was six). This puts pressure on both the construction and the casting, as one lame character can become a tension point and ruin the whole image. We have all experienced the difficulty of group pictures on Christmas Day or Thanksgiving.

I think Ellen DeGeneres’ Oscar selfie works so well, not just because of the number of people in the image, but because every character is an additive. It is my favourite selfie.

We assembled a strong cast - the models Kate Bock from Cleveland and Olivia Culpo from Charlotte, native American families from Northern Montana and then, of course, my favourite local mountain men. The hair and makeup/styling team, led by Nikki Parisi out of LA, was outstanding. My direction was 150 years ago Wild West - appropriate as in the 1860s, over 15,000 lived in Virginia City and The Pioneer Bar would have been very busy.

All 11 characters played their roles well that day, but perhaps the picture is stolen by a lovely 85-year-old lady called Mary from Butte, Montana. We nearly called the picture “There’s Something About Mary” but perhaps her hair was not quite right." - David Yarrow 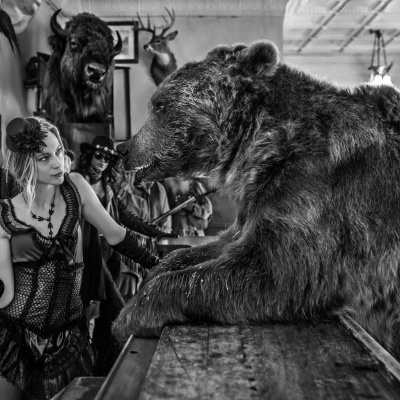 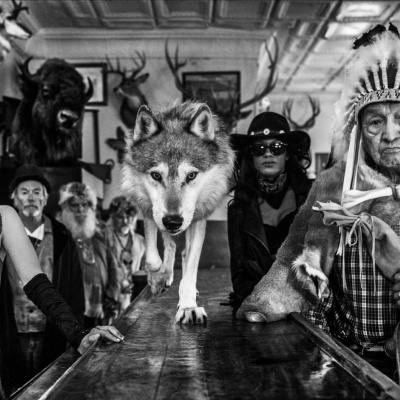 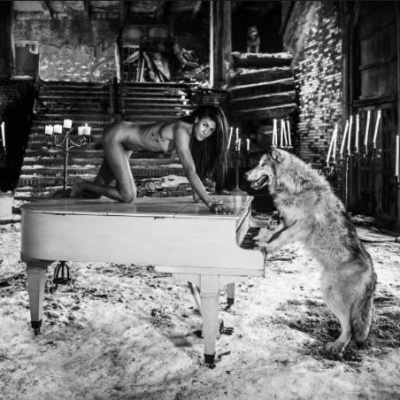 David Yarrow - It's Nine O'Clock On A Saturday 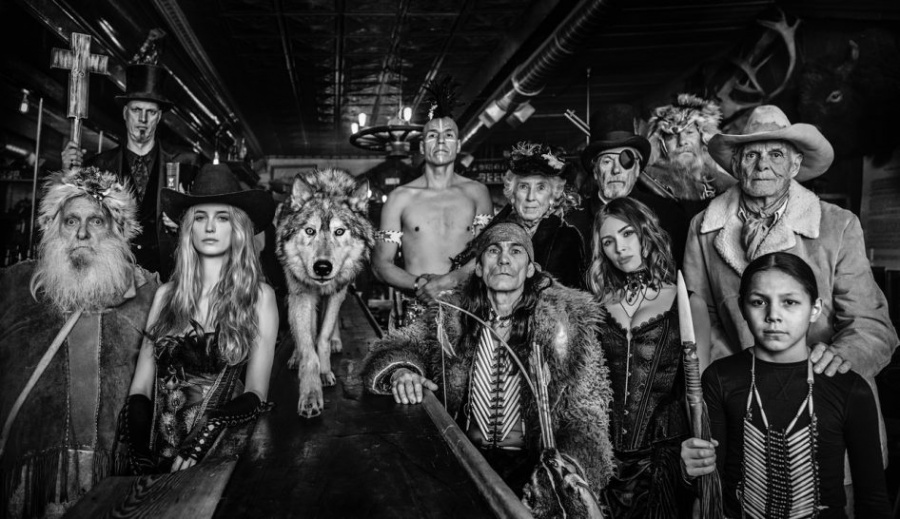