David Yarrow in collaboration with TAG Heuer as part of their #DontCrackUnderPressure campaign with Cara Delevingne.

"When a known photographer leaves this world, there is never the time or the space to remember too much of his or her work. There tend to be just three or four iconic images that transcend the overall body of work that will always be remembered. It is these three or four shots that define a career.

I am not sure where my career will take me and I am not sure if I have taken an iconic image yet - I will let others decide. But I do know that this photograph, which has been unveiled as part of the TAG Heuer Don't Crack Under Pressure campaign, is probably the most powerful shot that I have ever taken. Yes, it was a commercial shoot with one of the world’s most famous women, but I think it goes beyond that and the image will be coveted by collectors. It grabs the eye and then holds it in a vice-like grip. Everything about the work is viscerally powerful.

I look back on that day with great emotion and there are so many people to thank. None more so than the British icon that is Cara Delevingne She is - of course - stunning, but she is also authentic and intelligent and couples this with admirable work ethic. Furthermore, on this day, she was incredibly brave and fittingly did not "crack under pressure". This image is not manipulated - there were five yards between her and the lion. At no stage did she show tension or anxiety and that made my job so much easier.

I think a key to the image was the reasonably powerful directional late afternoon sunlight, as the shadows on both Cara and the lion are so consistent that the authenticity of the image cannot be questioned. In the morning, the light was flatter and therefore the lion and Cara were not as visually linked as they are here.

This campaign would not have been possible without the help of Kevin Richardson in South Africa and I thank him for the awareness he brings to the plight of the lion in Africa. We know each other so well and that day in December in South Africa was the culmination of a trust that has built up over five years of working together.

Finally, I would like to thank Jean- Claude Biver - the genius behind TAG Heuer - for backing me to get this shot and Valerie Grande at TAG for always wearing a smile and being a delight to work with." - David Yarrow 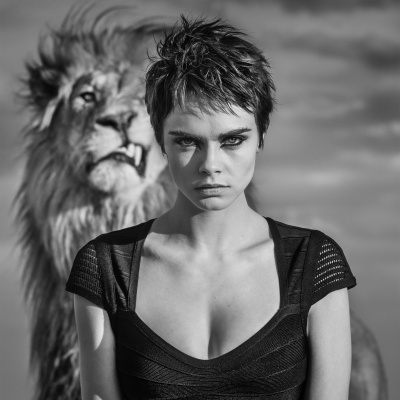 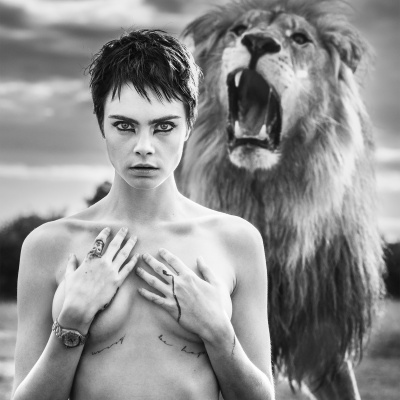 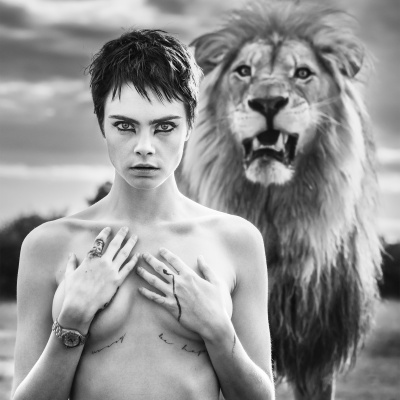 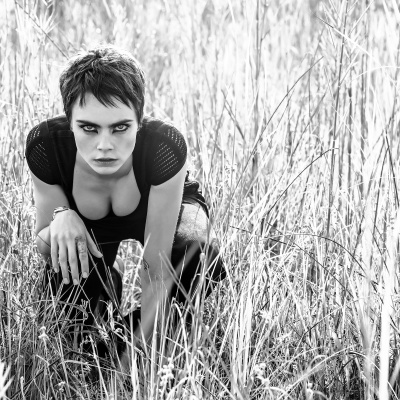