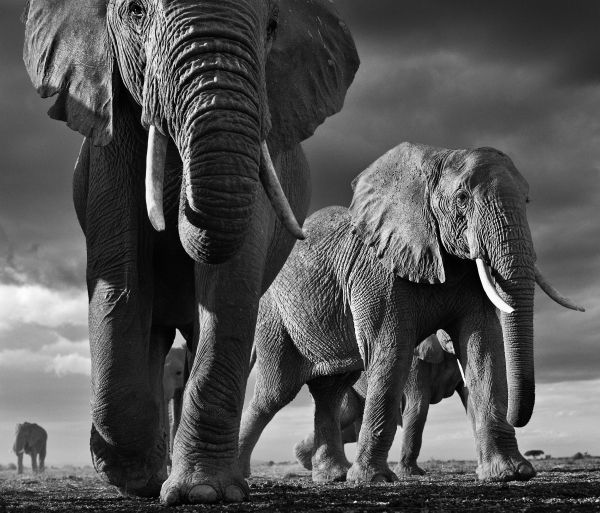 "This was a pivotal split second in my photographic journey. Elephants are big animals and their enormity tends to be poorly conveyed by a camera lazily occupying a four-wheel drive – but equally to lie on the ground so as to capture a more menacing ground up angle is highly irresponsible to the point of being potentially fatal. The solution is afforded by remotes, but these have to be placed in the ground and personally checked with the lead elephant still 120 yards away. So much can go wrong – the elephants could change their path, dirt could blow into the lens or – as on this occasion – the positioning can be too good, and £7,000 of gear could be trampled on. I thought that the camera would be lost and with it this image as the lead bull came within one final step of the remote.

My savvy guide told me to keep on firing the motor drive – just with added intensity – and as he suspected, the bull was sufficiently conscious of unfamiliar noise in the dirt to stop and sidestep the camera. It all happened within ten heart-pounding seconds and when the full herd passed by, I rushed expectantly to gather the camera.

As soon as I saw this frame, I knew I had a gem of an image. The 35mm wide-angle lens was able to capture the whole elephant from foot to eye in sharp focus and the composition around it was extremely fortunate. I have tried dozens of times since then to take another remote control image, but nothing in content, light or composition touches this lucky photograph – which is now with us forever." - David Yarrow 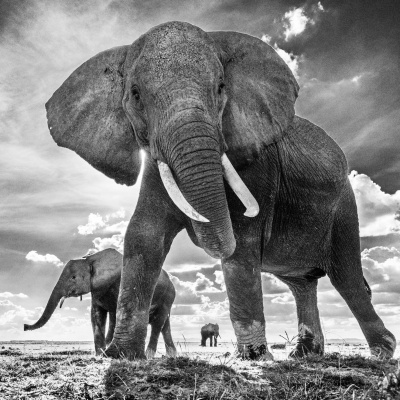 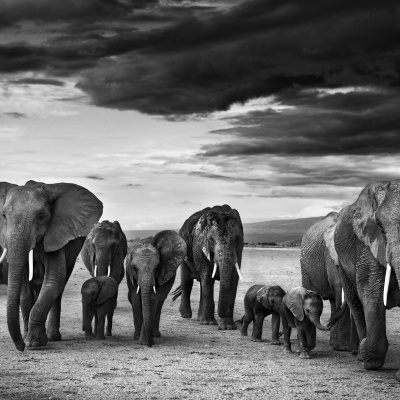 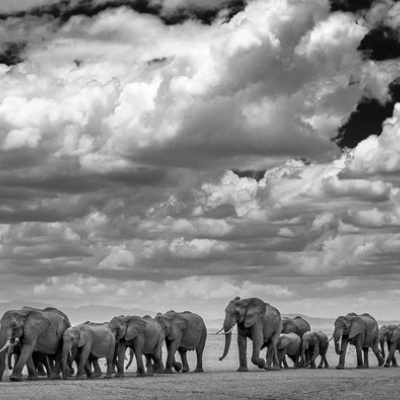 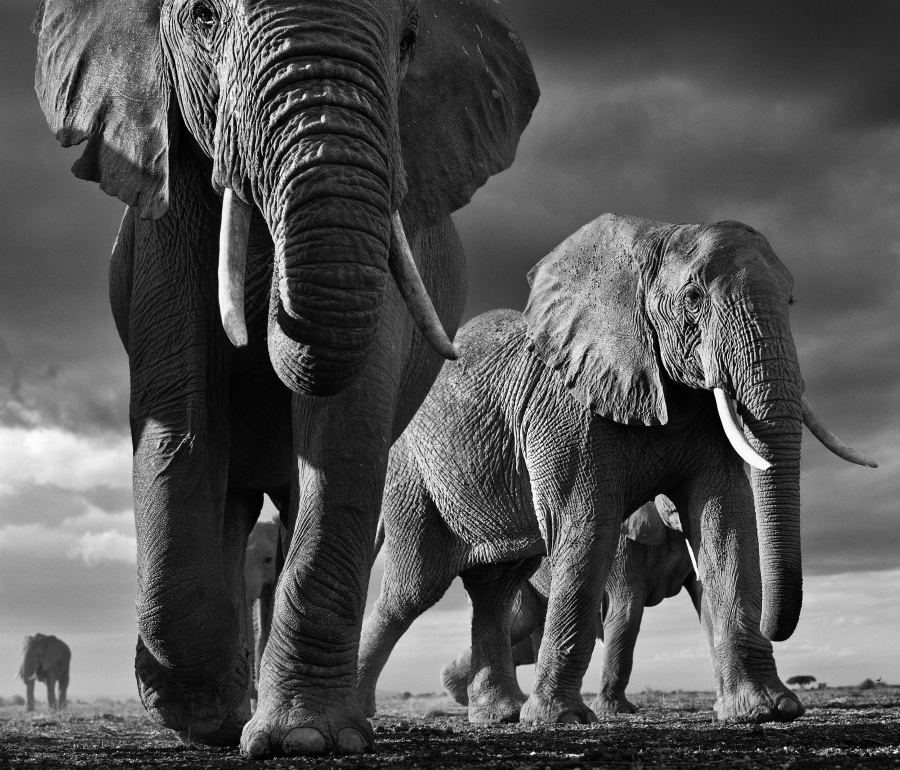