"This is the first photograph that I have taken of a big Nile crocodile that is strong enough to be released as a print. It’s taken me 30 odd years, but in crocodile years that is nothing. These monsters were around long before man and can live to 100 years old.

Big crocs are not easy to capture in a way that conveys their enormity, their primeval menace or indeed their textural magnificence. But this image works and when I saw it in large size at the printers in LA, my heart skipped a beat. It has been worth the wait. I think we pushed a few boundaries here.

The picture was made as opposed to taken as I had a preconceived idea of what I was trying to do. The starting point was my acceptance that head on images of crocodiles struggle as there is never enough depth of field with a telephoto to do them justice. The teeth can be in focus, but then probably not their eyes and certainly not their back or tail. I don't like to have my focal point half way back in an image - it creates a tension point if the nearest point of a portrait is out of focus. A head on portrait fails to convey length and length is the key variable.

I knew I needed to work at 90 degrees, with the croc perpendicular to the camera. I also wanted to be low and close and I wanted a big crocodile - why on earth photograph a small one? If almost all of the crocodile was the same distance from the camera, there could be a colossal amount of information in the image.

Our research - and we did a great deal - led us to one place. The key was that the river had to be narrow, as for safety reasons I could not work from the same bank as a 12 foot crocodile - that could be my last assignment. The narrow Grumeti river in Tanzania offers chances and there is one 200-yard section with some enormous crocs on the south bank with a north bank just 20 yards away. The steep bank deters crocodiles on the north bank and that was what I needed to be able to work without fear and for the camera angle to be low. I needed to be at the same height as the croc - give or take a meter.

The image was taken late in the day and the angle of the late sun gave me every chance for a clean picture - almost all the background was in heavy shadow and three stops underexposed.

My preoccupation as an artist is to be original and creative. We often fail and disappoint ourselves, but this photograph is kind of cool. I haven't really seen a similar image and we do put in the hours trawling the net. I had the right camera, the right lens and the right exposure. Phew! 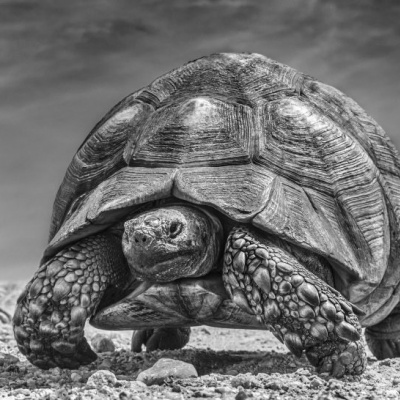 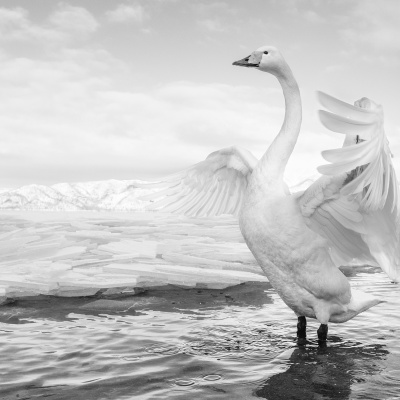 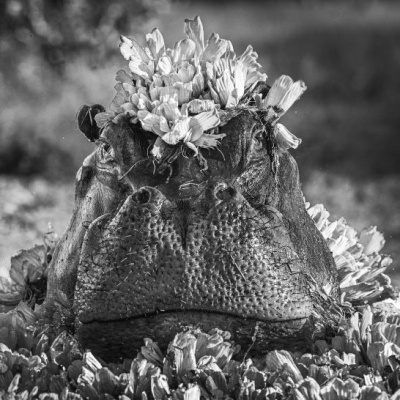