German based painter David Uessem has been developing his skills in realistic portraiture for the past several years. He studied free painting at IBKK Bochum, joining Prof. Dr. Qi Yangs’ master class. It was Prof. Yang who inspired him to create a formal language that derives its core dynamic from opposition.

Uessem's larger than life portraits of veiled visages, coupled with a variety of animals and hidden objects set against picturesque backdrops are brought to life with contrasting, harmonious colors and bold compositions. 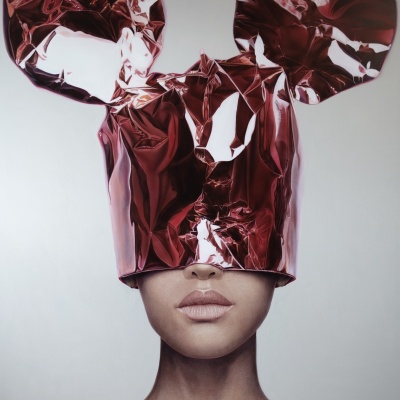 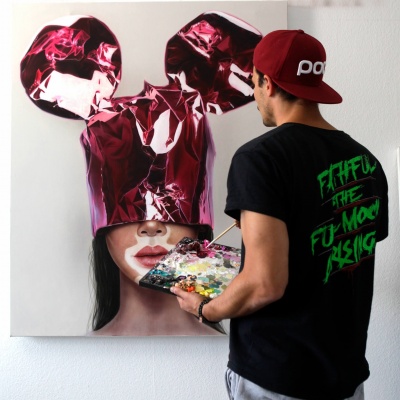 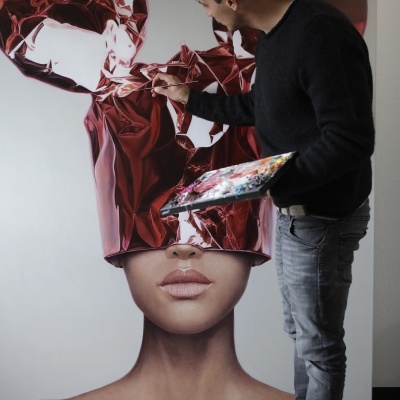 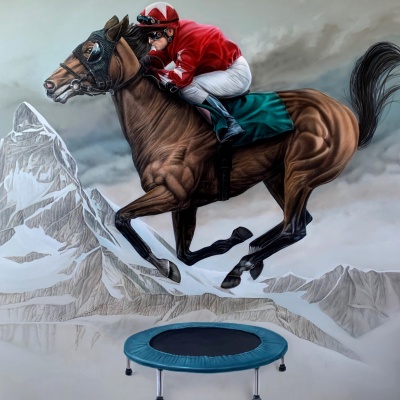 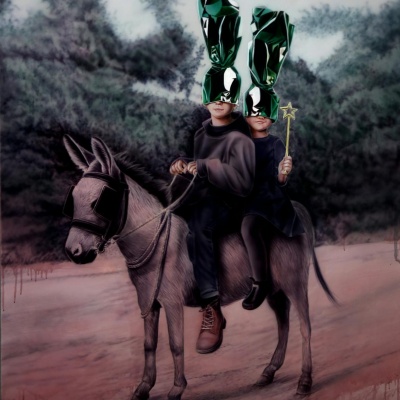