Barbara Cole was born in 1953 in Toronto, Canada. Cole, who has often been referred to as an inventor, uses a raw, hands-on photographic process which strongly follows her belief that the opportunities of photography are virtually endless. Since the early 80’s, she has channeled an appreciation for the camera itself. Her dedication to photographic history is executed by straying from automatic cameras and technique, exploring transformation of figurative qualities with a recipe of mixing the right tools with instinct and a conceptualized environment. Barbara Cole uses photography to play with notions of time, place and identity. Throughout her many series, Cole often poses the questions how do you paint a picture of timelessness? How do you capture the feeling of being weightless in an image?

This approach references the past and nods to the future. Her ethereal photography takes on a painterly quintessence with figure transformation as a predominant theme in her work. Over the past thirty years, although with traditional photographic tools, Cole’s process and aesthetic has taken on that of a painter. The artist’s work hones in on a powerful narrative, some with outward subjects and others with intense figure transformation that alone tell the story. Cole’s background in fashion and fashion editorial, naturally leads to a process which channels her experience into creating a particular atmosphere using costume and set couture. In much of her oeuvre, Cole involves an aquatic environment, vastly differentiating her many series.

Second to her underwater studio, her favourite place is the darkroom, where she creates Tintype images using the “Wet Collodion” technique that was in common use more than 150 years ago. The otherworldly beauty is a result from merging the past (tintype technique) and present (digital technology) in two physically separate but overlapping images– a three-dimensional dance of light and shadow.

With no formal training, Cole states, “I became an artist simply by taking pictures. My career in photography is based on instinct, trial and error.” 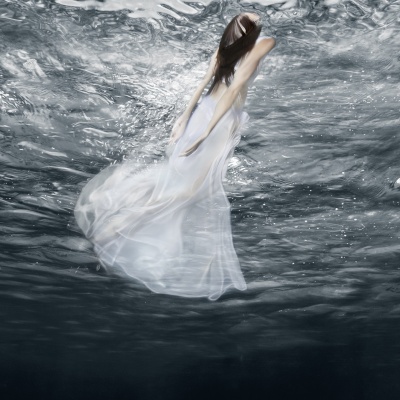 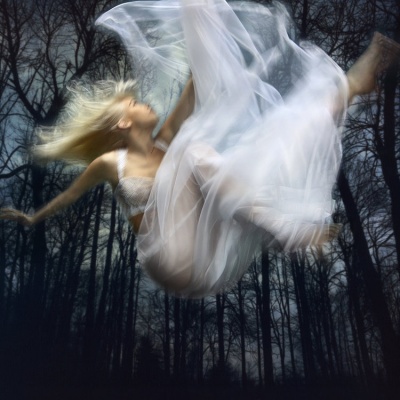 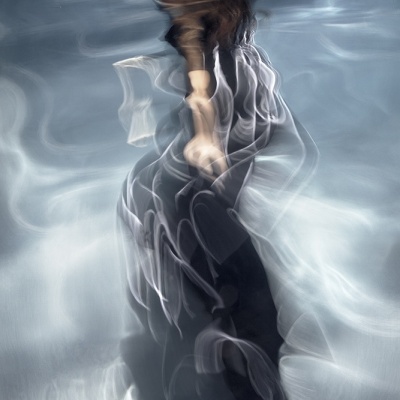